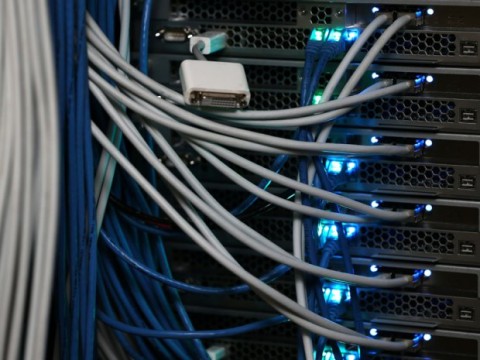 “Network Neutrality” has become a headline-grabbing subject of late. Internet advocates warn that if regulatory rules are not imposed (and strictly enforced) to preserve a “neutral” Internet, cable and phone companies will have the power to limit what we can and cannot see online, and at what speed, according to their own commercial interests. At the same time, cable and phone companies argue that regulation will stymie investment and innovation in our world wide web.

The term “net neutrality” was coined by Columbia University law professor Tim Wu in 2003. According to the academic principle of net neutrality, Internet Service Providers (ISPs) must treat all Internet traffic as the same, regardless of who sent it or how it is being used. In reality, pure net neutrality has never existed. For example, ISPs block spam and malware — and no one complains about that.

Nevertheless, concern about net neutrality — and the need to safeguard it — arose in 2005, when Edward E. Whitacre Jr., the CEO of the American phone company SBC (now AT&T) argued that online services should have to pay ISPs to use their networks: “They don’t have any fiber out there. They don’t have any wires. They don’t have anything. They use my lines for free — and that’s bull. For a Google or a Yahoo! or a Vonage or anybody to expect to use these pipes for free is nuts!”

If we follow the CEO’s line of reasoning, ISPs would need to block (or slow down) the traffic of Internet companies like Google that don’t pay for network use. This would most certainly be a network neutrality violation.

Suffice it to say, the mere proposal made Internet advocates erupt in high dudgeon.

But over the years, a funny thing happened: nothing. No carriers have ever tried to charge any website for access to their networks. Similarly, there have been virtually no cases of carriers blocking applications. A small phone company in North Carolina, Madison River Communication, did block Vonage in 2004 — but the U.S. Federal Communications Commission (FCC) was able to stop it, even though the Commission had no formal net neutrality rules at that time. Despite this dearth of actual infractions, a huge cottage industry of academics and advocates has grown up to prevent alleged net neutrality violations.

Today, all kinds of valid Internet activity carried out by ISPs are subject to charges of net neutrality violation. Traffic management — the practice, by ISPs, of slowing down particular types of traffic to unclog busy networks — has attracted the ire of net advocates. So has the marketing strategy of giving free data away to consumers who subscribe to particular mobile television services.

In the U.S., the net neutrality cause has a new champion: Netflix. Most content providers dump their traffic into the Internet where ISPs pick it up. But sometimes, content providers pay a content delivery network to take traffic from their servers to the ISP’s network — in order to ensure that the traffic arrives smoothly. Netflix, however, is so popular that it gets some ISPs to provide it with free content delivery. ISPs aren’t forced to do this — but those who decline to haul Netflix’s traffic have slower Netflix connections, and thus unhappy customers. Some very large U.S. carriers have refused to pay the cost and Netflix has, in turn, accused them of violating net neutrality principles.

Internet advocates accuse ISPs of wanting new ways to wring money out of content providers. That’s a fair enough claim, as ISPs have never stated that they would never charge. The advocates also argue that the Internet is one of humanity’s greatest inventions and that it is working pretty well right now — and that any changes implemented by ISPs would surely make things worse. That’s not a terrible argument either.

Carriers respond by noting that there have been virtually no violations of neutrality principles over the past decade. They also argue that if regulators start regulating ISPs like phone companies, they won’t know when to stop regulating. Both are good points. Finally, carriers argue that they will cut investment in their networks if profit-limiting net neutrality rules are put in place. Perhaps that’s true, although it’s hard to see how preventing companies from doing something that they are not doing anyway would affect their bottom line.

No matter which side you agree with, it doesn’t matter. The debate is contentious but irrelevant.

Again, net neutrality violations haven’t happened. ISPs will charge you for just about anything (e.g. paper bills) but they have never charged content providers for network access. Since it has never happened, even where there are no rules against it, you can conclude that it isn’t really a problem.

Second, I can’t see how this charging would work anyway.Imagine that regulators said: “Go ahead and charge content providers. Fill your boots!” Who would ISPs charge? There is no use charging small websites and applications for access because they don’t have much money. And brand name Internet giants would simply refuse to pay — knowing that ISPs would crumble without them.

Third, ISPs already have it pretty good — which is obvious if we compare their business to that of cable companies. The average customer pays about $60 per month for cable TV services, with around $20 of that going directly to cover their cable company’s costs. The average customer also pays $60 a month for Internet service, but since ISPs have no contents costs, they pocket more profit. ISPs are unlikely to jeopardize this sweet deal.

I don’t think that these regulations by themselves cause any harm, because as I keep repeating, they are preventing something that is not happening anyway. The regulations can even be seen as beneficial if they reduce the anxiety that Internet advocates seem to be experiencing. But I think that Internet advocates will likely continue their ceaseless struggle against non-existent net neutrality violations. That of course, could lead to regulators over-regulating. But as a lawyer in private practice, that might be a very good thing for me.

Ken Engelhart, formerly a senior executive at a major Canadian telecommunications company, is a communications lawyer in private practice. www.engelhartlaw.ca