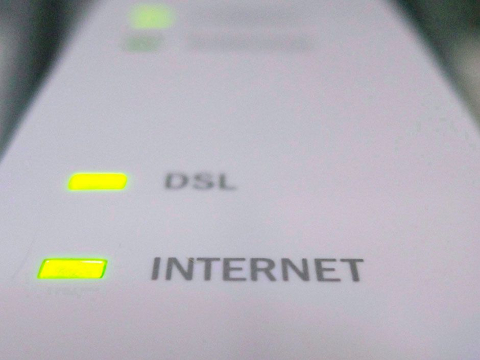 Is the U.S. about to kill the open Internet and will Canada save it? The new chair of the U.S. Federal Communications Commission (FCC) plans to jettison America’s “net neutrality” regulations and replace them with guidelines. The New York Times, in a spirited editorial headline last month, summarized it like this: “FCC Invokes Internet Freedom While Trying to Kill It.”

Network neutrality is getting a lot of ink these days. Proponents of net-neutrality regulations say that without them, your Internet service provider (ISP) will block or slow down your favourite content because it will be paid to favour other content. The opponents say regulation is unnecessary and will slow down investment and thwart innovation

It is hard to do a scientific experiment to see who is right. Where would the control group be? The CRTC has imposed net-neutrality regulations in two major decisions. (Internet public interest groups say Canada now has the best rules in the world.) The European Union and the U.S. (under the Obama administration) also imposed regulations.

But with the U.S. about-face we now have a pretty good, natural experiment. Either Canada has it right and the Americans are about to lose out — in which case prices in Canada will go down, more start-ups will start up and innovation and investment will increase — or Canada has made some grave errors and will soon see the sad results: a flight of capital and a decline in investment.

I predict that both sides are wrong.

First, a brief recap on network neutrality. The term was coined by Columbia law professor Tim Wu in 2003. He noted that the Internet treated everyone’s content the same way; no app or user got special treatment. Neutrality, Wu writes on his website, is what “a maximally useful public information network aspires to.” However, Wu was concerned that ISPs would start to play favourites. (Wu published a scathing op-ed in The New York Times in April, arguing that the plan to scrap neutrality rules “comes right from the swamp, and can be attractive only to those who have lived there long enough to no longer notice the stench.”)

Much of this activity is misplaced. Before any rules were imposed, there were very few instances where ISPs violated the principle of net neutrality. Indeed, there have been many times more conferences and editorials discussing net neutrality than actual neutrality violations.

It’s not that all telecommunications carriers are moral entities committed to preserving the sanctity of the free Internet. But ISPs almost always deliver neutral networks because that is what their customers want, and ISPs maximize profits when their customers are satisfied. Internet customers want a consistently fast connection, a big (or unlimited) cap and a good price. That’s it. The billions of dollars of profits that ISPs earn providing a neutral Internet dwarf the chump change that could be available by favouring some content over others.

Many net-neutrality proponents come from the left of the political spectrum. They do not believe that cable and phone companies compete. I think they do. When a cable ISP tries to take customers from a telco ISP, or vice versa, they (sometimes reluctantly, sometimes slowly) end up doing what customers want. Net neutrality was an organic outcome of a competitive market; we don’t now need regulation to safeguard it. But if regulations won’t change the Internet, why not have them to be on the safe side? There are two reasons.

First, regulation can lead to overregulation. This has already happened with net neutrality in Canada. Canada has effectively prohibited carriers from giving free data to their customers for specific content — “zero-rating” content, in technical terms — because it violates net neutrality by favouring some content over others. But Canada does allow ISPs to give you free services. So, for instance, if the ISP gives you free Netflix or Spotify service and charges you for the data to use it, that’s perfectly OK. But if you pay for Netflix or Spotify and get free data, that’s a net-neutrality violation. Yet the freebie is worth about the same amount either way. That is weird. (By the way, I think customers spend more, overall, when they are offered free services and are charged for the data. By banning zero-rating, the CRTC may be helping carriers avoid an unprofitable, pro-consumer practice.)

Of course, I understand the risk: Without rules, carriers might favour their own services with free data and put competitors out of business. But couldn’t they do that anyway, by giving the services away for free, as described above?

Second, there is the law of unintended consequences. When Canada banned zero-rating, the United States didn’t. As a result, T-Mobile, an American cellphone company, started zero-rating video services. The other wireless carriers in the U.S. retaliated with unlimited data offers. Now, the U.S. has unlimited wireless offers and Canada doesn’t. Can I say definitively that this is a permanent difference or that it can be attributed to our zero-rating rules? No, but it is the kind of anti-consumer impact that happens when regulators regulate too much.

Who got it right: Canada or the U.S.? The pro-regulation people think that Canada will have more start-ups and innovation along with lower prices and bigger caps. The anti-regulation people think that Canada will have less investment and less innovation. My own forecast is that the rules won’t make much difference and that the Internet will be neutral in both counties. But U.S. consumers will get free data for zero-rated services and Canadians won’t. And Canadian consumers may fall victim in other ways to the law of unintended consequences.