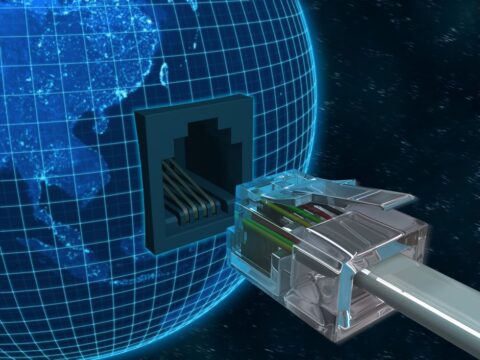 In The Evolution of Everything, British scientist Matt Ridley observes that many of our large and defining systems — the economy, technology, the human population — have no central planners. Rather, they evolve in a bottom-up way and produce surprisingly wonderful results without anyone intending them. But when central planners take over, the results are disastrous.

Ridley devotes one chapter to the Internet, arguing that it too has evolved organically, anticipating that this planner-less Internet will eventually replace much central planning. This got me thinking about “net neutrality,” which also preoccupies much of the thinking of Internet experts.

The Internet is a type of “packet-switched” network. It sends data “packets” from their sources to their destinations. The theory of net neutrality posits that all packets should be treated identically: accessed the same way and sent at the same speed. In practical terms, net-neutrality rules mean legal content should not be selectively slowed down or blocked.

Law schools now contain Internet experts who believe that we need net-neutrality regulations to ensure the equal treatment of Internet data, preserving Internet freedom as we know it. They typically pit the story of the Internet against the story of closed networks, like cable or phone. In these industries, they note, carriers are empowered to decide how users can connect to the system and what they can do once connected. Hence the rigidity and lack of innovation that defines these networks. The Internet, by contrast, is not directed by carriers and is a hotbed of innovation. A computer whiz can invent a new application and carriers have no say in it. In the view of the experts, net-neutrality laws are necessary to preserve this innovative spirit.

The Internet will continue to evolve naturally to be amazing in ways we cannot yet contemplate
I like an open Internet as much as the next person, but I am deeply skeptical of these Internet soothsayers. I would argue, in the spirit of Matt Ridley, that the openness of the Internet is an emergent property of the system.

What makes the Internet different from other networks? Before the 1990s, packet-switched data networks could not connect with each other. Different technologies (protocols like X25, X400, and ATM) were introduced by carriers to enable networks to talk to each other. That resulted in fragmented interconnection — a kind of broken web. In the 1990s, TCP/IP (Internet Protocol, developed by the U.S. Defense Department) was for the first time allowed commercially. Suddenly, all data networks could be easily connected. The Internet is a network of networks all connected to each other using Internet Protocol.

From this ubiquitous connectivity sprang the openness and net neutrality beloved by law professors. Openness itself begat openness. The new rules of the net emerged because they made sense and were what users wanted.

All of this matters because it suggests that we should be wary of imposing new rules on the Internet — even rules intended to preserve desirable characteristics. We should have faith that the Internet will continue to evolve naturally to be amazing in ways we cannot yet contemplate. If we lock a structure in place, we risk stifling future innovation. Consider the way linguists impose bizarre — and thankfully, non-binding — rules that are theoretically sound, but practically implausible and unneeded for effective communication, even as our language evolves around them. (When Captain Kirk said: “To boldly go …” he was violating the rule against split infinitives.)

So who is to say that today’s Internet is the best possible Internet?

Recently, some net-neutrality regulations have been imposed in Canada and the U.S. For now, they only prohibit unnecessary blocking and slowing of Internet data. As long as this remains the case, these laws won’t cause much harm. Actually, they won’t do much of anything: In North America, we never had unnecessary blocking and slowing on the Internet because it does not make sense for providers or users.

But slavish devotion to net neutrality can lead to odd thinking. The CRTC is currently considering challenges to free music-streaming services offered by mobile carrier Videotron. Consumer groups argue that giving away certain data constitutes the non-neutral treatment of packets. They previously convinced the CRTC to block Bell from doing the same with video, leaving consumers losing out on free data.

Ridley’s illumination of the boon that comes from the bottom-up evolution of systems made me realize that we will have a bright future if we can only stop our governments from trying to create it. The same is true for the Internet.