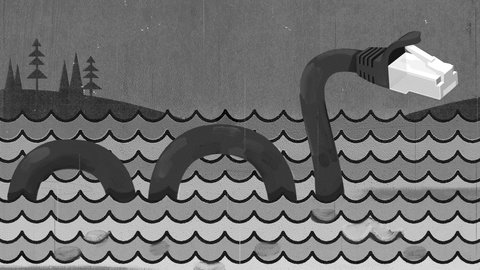 [Originally Appearing on the New York Times website, December 4, 2017]  TORONTO — The Federal Communications Commission is planning to jettison its network neutrality rules, and many Americans are distraught. Such a move, the Electronic Frontier Foundation warned, “invites a future where only the largest internet, cable and telephone companies survive, while every start-up, small business and new innovator is crowded out — and the voices of nonprofits and ordinary individuals are suppressed.”

Critics worry that getting rid of neutrality regulation will lead to a “two-tier” internet: Internet service providers will start charging fees to websites and apps, and slow down or block the sites that don’t pay up. As a result, users will have unfettered access to only part of the internet, with the rest either inaccessible or slow.

Those fears are vastly overblown.

It’s true that in the past, some service providers have threatened to charge websites. In 2005, during a previous phase in the net neutrality debate, the chief executive of SBC Communications said, “Now what they would like to do is use my pipes for free, but I ain’t going to let them do that because we have spent this capital and we have to have a return on it.”

Service providers have also blocked sites that competed with their own services. In 2004, the Madison River Telephone Company in North Carolina blocked Vonage to protect its own phone service from competition; it was fined by the F.C.C. for violating network neutrality rules. In 2012, AT&T let only some of its customers use the phone app FaceTime; after there were complaints to the F.C.C., it allowed all customers to use it.

These incidents are troubling for anyone who wants on open, neutral internet. But keep two things in mind. First, these are rare examples, for a reason: The public blowback was fierce, scaring other providers from following suit. Second, blocking competitors to protect your own services is anticompetitive conduct that might well be stopped by antitrust laws without any need for network neutrality regulations.

Net-neutrality defenders also worry that some service providers could slow down high-data peer-to-peer traffic, like BitTorrent. And again, it has happened, most notably in 2007, when Comcast throttled some peer-to-peer file sharing. The F.C.C. declared this to be a violation of its network neutrality policy; Comcast got that policy overturned in court, though it also settled a class-action lawsuit by customers (the current net neutrality rule was put in place by the Obama administration).

But even today, service providers can and do throttle peer-to-peer sites, as a necessary network management technique — something explicitly allowed by the rules. Some university networks also slow peer-to-peer traffic, so that other kinds of traffic are not slowed down. This has nothing to do with service providers slowing down websites that have not paid a fee.

So why am I not worried? I worked for a telecommunications company for 25 years, and whatever one may think about corporate control over the internet, I know that it simply is not in service providers’ interests to throttle access to what consumers want to see. Neutral broadband access is a cash cow; why would they kill it?

And there’s still competition: Some markets may have just one cable provider, but phone companies offer increasingly comparable internet access — so if the cable provider slowed down or blocked some sites, the phone company could soak up the affected customers simply by promising not to do so.

Recently, net neutrality proponents have pointed to Portugal as an example of their nightmare scenario. A mobile carrier there offers various internet packages — one optimized for users who like video, others who like email and so on. What the carrier does not do is offer only those things, precisely because no consumer is likely to buy just video or just email (and in any case, Portugal is governed by the European Union’s net-neutrality rules).

The internet did not start out as a neutral invention. Instead, neutrality was an organic outcome of a competitive market. In the early days of the commercial internet, AOL and @Home had “walled gardens” of content that users could get to more easily, but over time service providers stopped favoring sites and just gave customers fast, neutral internet connections. No government policy created that outcome.

The good news is that we will soon have a real-world experiment to show who is right and who is wrong. The United States will get rid of its rules, and the European Union and Canada will keep their stringent regulations. In two years, will the American internet be slower, less innovative and split into two tiers, leaving Canadians to enjoy their fast and neutral net?

Or, as I suspect, will the two markets remain very similar — proving that this whole agonized debate has been a giant waste of time? Let’s check back in 2019.