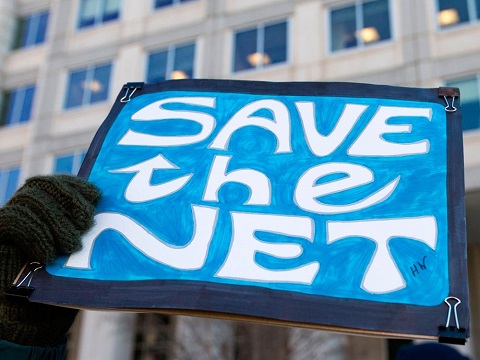 Two years ago, in another op-ed, I made an unpopular prediction. I guessed that the Federal Communications Commission (FCC)’s plan to scrap network neutrality rules in the United States would not break the internet. In fact, contrary to the dire forecasts of pro-regulation groups, I thought the measure wouldn’t amount to much of anything: that “net neutrality” legislation was pretty pointless — and so removing it would be uneventful, and certainly not bad for U.S. broadband.

My view was received with a fair amount of hostility. One reader memorably proposed on Twitter that I have intimate relations with my own eyeball. “You are clearly flexible enough and already blind,” he wrote.

I promised to check back in, in two years, to see if my prediction had borne out. It has, and in a way that speaks to the resiliency and self-regulating potential of the internet we know and love. Most notably, the internet has not slowed down, as pro-regulation stalwarts insisted it would. In fact, it has become faster. In 2017, the average U.S. internet download speed was 73 million bits per second (Mbps); today, it is a blazing 124 Mbps.

Consider the context from late 2017. Many so-called digital thought leaders warned that without net neutrality laws, the internet would slow down significantly, becoming a sluggish, halting version of its former self. In February 2018.

How would this happen? Pro-regulation types thought the FCC decision would create a “two-tier internet” by allowing Internet Service Providers (ISPs) to charge websites and apps for access to the net — and to slow down or block sites that refused to pay. Since only the big websites could afford the fees, little guys and new players would inevitably die out. So, too, would the free and fair internet and the future of internet innovation. In the meantime, ISPs would start censoring content, according to their own whims and market incentives.

As a long-time telecommunications lawyer, I didn’t buy it. The ISPs, after all, had never tried to extort money from websites in the years before net neutrality regulations were put in place. If that was going to be profitable for them, they would have already tried it. What’s more, there is a competitive ISP market that dissuades providers from degrading their own services. And if the ISPs blocked content that competed with the ISPs’ own services, the Federal Trade Commission was empowered to step in to punish anticompetitive behaviour.

Indeed, the so-called “two-tier” internet never came to be. Websites and apps continue to access the whole internet: unimpeded by additional costs. No ISPs are censoring web content.

Canada offers an interesting point of comparison — and a kind of natural experiment. Around the same time that the U.S. got rid of net neutrality laws, this country passed some of the strictest net neutrality regulations in the world. You might have expected that as a result two very different internets would develop in the two countries.

It didn’t happen. The U.S. and Canada have the same internet, with almost the exact same average speeds. Users sitting in their dens could not tell the difference. What does this tell us? It suggests that net neutrality regulations have very little practical effect. In the end, it seems that public interest groups and regulators were selling the public elephant repellant: a harmless, but useless spray, meant to defend against a threat that does not exist.

Why then, you might ask, shouldn’t countries impose net neutrality laws anyway — just in case? The answer is that regulations can have unintended and negative side effects. In Canada, for instance, net neutrality regulations prevented Quebec’s Videotron from providing free data for music downloads to its cellphone customers. As a result, Quebec consumers lost out on free stuff.

In October, the U.S. Court of Appeals for the D.C. Circuit upheld the FCC’s 2017 decision. The court stated that although the FCC is not permitted to impose a blanket prohibition on state legislation it can block specific state laws that conflict with its decision. At least for a while, the lack of net neutrality regulation will stand.

I think we should relax and enjoy the internet. The modern internet is “neutral,” not because the government made it so, but because it evolved naturally that way. Neutrality, in other words, is an organic and emergent product of the internet — and we don’t need fancy new regulations to keep it that way.